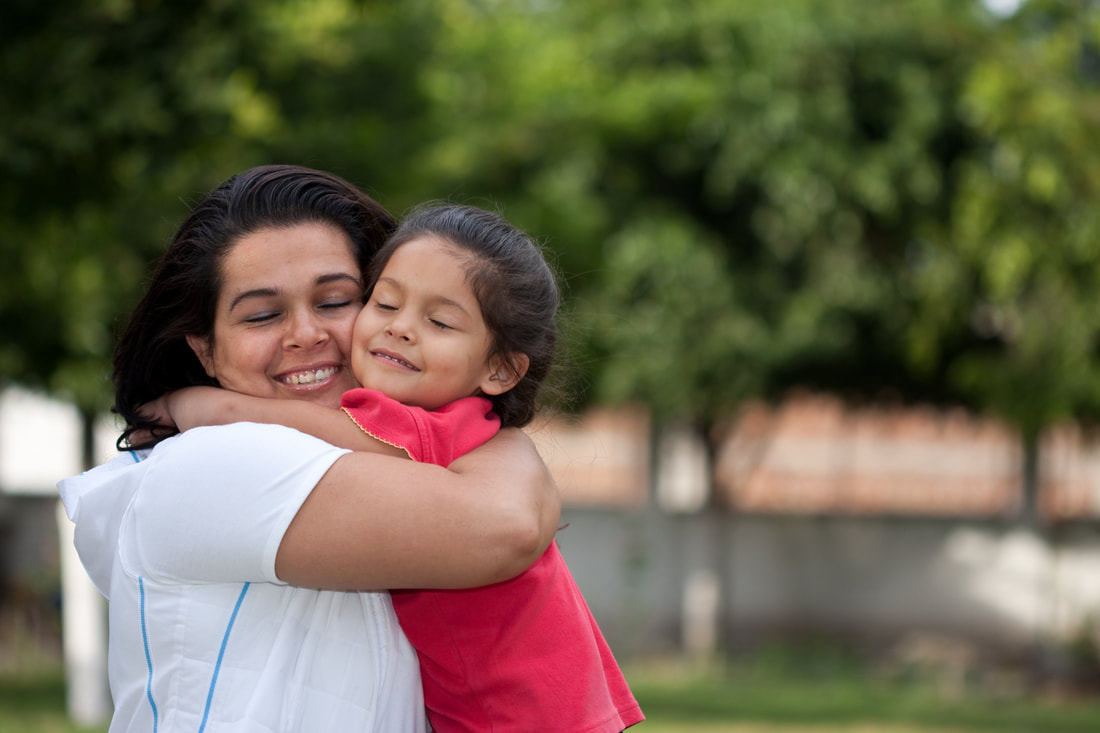 A mother in Mexico awaiting asylum. A grandmother in Maryland attempting to gain custody of a grandson she’d never met. A 10-year-old boy in Texas...in a cage. A trifecta of terror two decades in the making.

Roughly 20 years ago, a woman immigrated to the United States from Guatemala. She sought to provide a better life for her family and was forced to leave her children behind with her own mother. Over the next two decades, her children grew up and had kids of their own, including a grandson who now lives with her in Montgomery County. To call the circumstances of their unification tumultuous would be a gross understatement.

She spoke to the Primary Care Coalition’s Project Entry Point [PEP] program manager about the journey.

Toward the end of 2019, Guatemalan gang members kidnapped the 10-year-old grandson who was still living with his mother at the time. After his mom paid the initial ransom to retrieve him, the gangster returned to her, and asked for more money. The mother said no. In response, the gang shot up her whole house. This wasn’t a warning. It was a complete demolition.

Imagine, for a moment, the fear of bullets entering your home. Now place yourself in the mother’s shoes.

Somehow the family survived -- mom, son, and daughter. Staying put simply wasn’t an option. She scooped her kids up to escape, and even brought their case to the police. Eventually, after exhausting all domestic options, they were forced to leave their home for good and flee the country.

En route to America, they found themselves stuck in Mexico where they applied for asylum. Mexico allowed them a permit to stay in the country. However, without the financial means to support both children, Mom had to give up her son to coyotes with one goal in mind; get her son across the border for good, and into the hands of Immigrations and Customs Enforcement (ICE).

Mission accomplished as her son was captured by immigration officials shortly thereafter. But now he was stuck alone with ICE, a nightmare for so many who come to America seeking a better opportunity for their family.

“In congressional testimony earlier this year, Dr. Julie Linton, testifying on behalf of the American Academy of Pediatrics, reiterated that family separation “can cause irreparable harm” to children, and “carry lifelong consequences for children” (Alvarez, 2019).

​In Montgomery County a grandmother was waiting.

The long distance between them – and the economic difficulties of international travel -- meant that the grandmother and grandson had never met before, but family is family and a far better scenario than an extended stay with ICE. With the mother waiting for asylum in Mexico (her hearing isn’t scheduled until March 2021), her son needed a home in the states.

After three long months of separation from any relatives, the boy was finally reunited with his grandmother in Maryland. Barely getting by before the burden of caring for a child was thrust upon her, grandma needed help -- beyond the financial support her own siblings provided. To obtain full custody, a mountain of papers and a costly process stood in the way.

That’s where Montgomery County Public Schools [MCPS] and Primary Care Coalition’s Point of Entry Project stepped in. After MCPS completed the enrollment process they connected the family to dedicated PEP staff who then screened them for medical needs and food insecurity.

PEP provided assistance in acquiring the necessary social services for her grandson. That meant enrolling in Care for Kids for vital health care and ensuring the family receives food assistance from Food is Medicine.

Even native English speakers -- this family is not part of that group -- find it challenging to comb through bureaucracy for assistance services. Compounding the family's trauma was a convoluted system of aid that is increasingly difficult to navigate, especially for immigrant families with a history of trauma.
​
PEP offers a friendly guide to help families work through the system; from securing proper paperwork to completing the application process. PEP connects the most vulnerable families in our community with the vital services they need to survive and thrive.

​Every new donation means the PEP team can dedicate more time to helping families access the resources they need. Now that’s a trio of events we want to see more of.

Sources
More Stories from the PCC
donate to pep

The Primary Care Coalition is a 501(c)3 nonprofit organization. Donations to PCC are tax deductible to the fullest extent allowed by law.
​ A copy of our current financial statement is available by contacting the Primary Care Coalition. Documents and information submitted to the State of Maryland under the Maryland Charitable Solicitations Act are available from the Office of the Secretary.