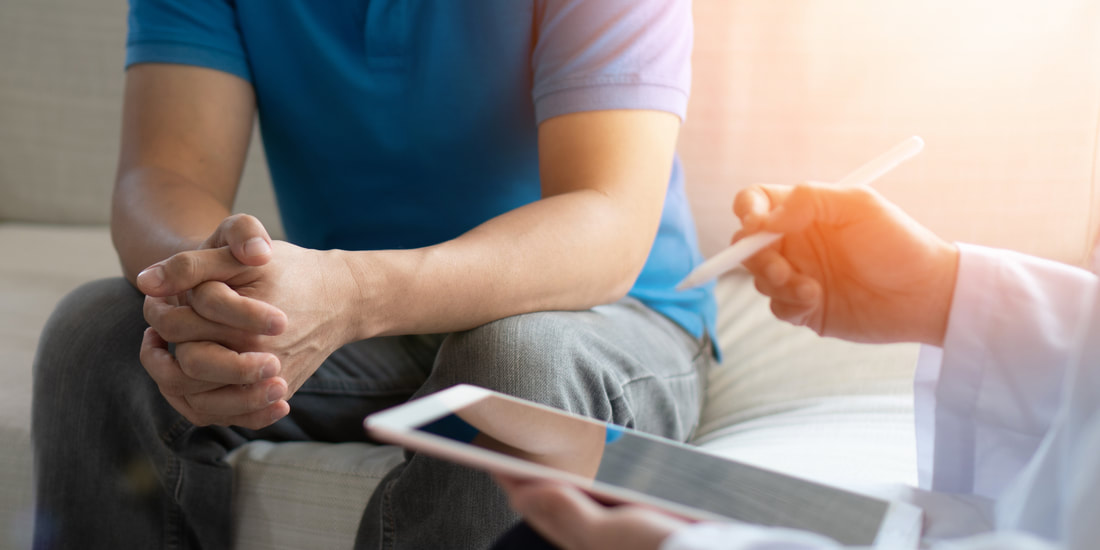 Written by Daniel Baker | Published on _____

Mr. Deshield immigrated to America more than 40 years ago from Liberia. Up until 2019, he lived in Rhode Island mostly and toward the end of his time up north, was experiencing homelessness. He didn’t arrive in the states with the rest of his family so they lost touch for a while. One of his daughters – brought to the U.S. by Catholic Charities as a refugee with her mother, brother, and baby – remembers getting a call about her father.

“He had fallen and ended up in the hospital, and I went to get him,” his daughter told me.
Now 73-years old, he had loads of health issues and was becoming more forgetful.

They applied for Medicare, but he's not qualified. The Affordable Care Act plans were too costly. They even applied to Social Security for some financial assistance, but he didn’t work enough to qualify and he’s not a citizen.

Shire McNamara, Office Manager for Urology and General Surgery with Adventist HealthCare Adventist Medical Group – a team of urologists, general surgeons, oncologists, and infectious disease experts – sees the complexities of the American healthcare system prevent far too many people from seeking and obtaining proper care. Her team helps to connect Project Access patients to specialists. Project Access has a diverse network of dedicated specialists that contract with the organization to provide care at a reduced rate; and patients only have a copay to cover.

“Without insurance, many people stop there,” McNamara said. Financial barriers and time constraints are the most common roadblocks to getting health care.

It’s not surprising, then, that the only care Mr. Deshield received came from sporadic visits to the ER.

It wasn’t easy to find care in Maryland. Fortunately (and finally), they found access to primary care through Holy Cross, one of the clinics in the Montgomery Cares network.

While not necessary to do her job, Project Access Client Services Specialist, Ana Gamero, experienced health issues when she was younger and can easily empathize with the patients. “I understand how people feel, being sick, needing the help; I’ve been in the same position as them,” said Gamero.

Project Access – a program run by the Primary Care Coalition – provides specialty care to under- and uninsured patients.

Initially, Mr Deshield’s primary care clinic referred him to urology for a concerning elevation in his prostate levels. Problem was, he has a pacemaker and needed cardiac clearance before having a surgical procedure. This called for lots of coordination between numerous specialists, the forte of Project Access.

Thanks to Project Access, his daughter can access and afford the vital care for her father. “We’re able to get two medications for free from the clinic as well as all the lab work, blood work, and testing. We just make a copayment.” she said. “My father is grateful, but I’m even more grateful. I couldn’t do it, financially, on my own. This has been the greatest help ever. Ever!”

What she might not know is how unique it is to have something like Project Access in America. "Project Access – and really the entire Montgomery County coalition of health care – is exceptional, across the United States,” says McNamara, who has experience in the health care field from around the country. “I don’t know of anywhere that allows patients to be seen without insurance, get the care they need, and only have a small fee. It’s phenomenal. It’s amazing.”

Karla Rodriguez, Client Services Specialist for Project Access, has worked in medicine access for much of her career and highlighted the importance of their program as a backstop, addressing pressing medical issues for vulnerable patients in need. “We're not the primary resource, we’re a last resort,” Rodriguez said. “We’re there to guide them between specialist referrals and going back to their primary clinic.”

“To be honest with you,” Mr. Deshield’s daughter said, “if it wasn’t for Holy Cross and Project Access, I don’t know if he’d be alive today.”

The Primary Care Coalition is a 501©3 nonprofit organization. Donations to PCC are tax deductible to the fullest extent allowed by law.
​ A copy of our current financial statement is available by contacting the primary care coalition.